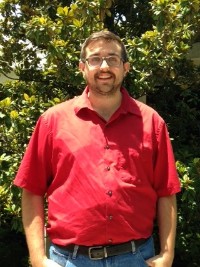 A rising senior at Birmingham Southern College studying Urban Environmental Studies and Asian Studies, Allen Doyle, will serve as the 2017 UMVIM, SEJ Summer Intern. From the Tennessee Annual Conference, he has dedicated thousands of hours to organizations in the Southern Jurisdiction becoming fully immersed in inner-city and rural communities. Haywood Street Congregation in Asheville, NC was one of the ministries with which Allen served. For three months, not only did he work alongside persons experiencing homelessness, but he also lived on the streets with them. “A person can stand behind a counter at a soup kitchen, and that is great,” he said. “Personally, however, I know that there are more meaningful ways to do service - by building relationships and tearing down societal constructs.  It takes living on the streets with your fellow brothers and sisters in Christ to even begin to understand what their experience is all about. But even then, I will never truly understand their experiences, for my time with them was still from a place of privilege.”

Allen admits that he was wary of “mission trips” because of the numerous needs he saw and encountered in his local community and surrounding areas.  Another issue that Allen had was a fear of developing a “savior complex”. So why travel? His experience has shaped him drastically in seeing dynamic cultural and theological sensitivities necessary in new contexts so when he had an opportunity to go to Cuba with Birmingham-Southern College in January, he was hesitant. It was also his first time outside of the United States. Allen soon discovered that people of faith across Cuba were extremely passionate, accepting and loving. Perhaps because he spoke little Spanish and also because of the unique way in which he was able to be in Cuba when so many from the United States have been unable to travel there due to the embargo, he felt invasive. As he played soccer, shared meals, worshiped together and had conversations about mutual interests, friendships were formed. Before long, these acquaintances felt like life-long friends and the churches began to feel like home. “The cultural differences are vast, but the common thread of faith ties us all together, as one family in Christ.  Our ability to dig dirt was not special; the relationships we built along the way, as we worked together, were,” he recalls. “The Holy Spirit was present as we worshipped together. These were our gift to share.”

Allen has completed his orientation time at the UMVIM, SEJ office where he completed Team Leader training, competed Early Response Team training, learned about the organization of the United Methodist Church and its connectional structure, and assisted with some of the daily responsibilities.  In addition, he attended the North Alabama annual conference June 4-6 where he also represented UMVIM, SEJ at its mission display.
Over the next three weeks, Allen will serve with the North Carolina Conference Disaster Recovery Ministry under the supervision of Ann Huffman, North Carolina Conference Call Center Volunteer Coordinator and Disaster Readiness Coordinator.  While there, he will be learning all aspects of how an annual conference responds following a disaster; as well as, working with volunteer teams coming to serve.  He will also have the opportunity to visit Robeson County Community Center, a conference UMVIM project and learn how they were affected and what they are doing in disaster recovery.

Afterwards, Allen will travel to Eleuthera Island to serve with Bahamas Methodist Habitat, a disaster outreach ministry of the Bahamas Conference of the Methodist Church.  An UMVIM project, BHM, is also dealing with disaster recovery following Hurricane Matthew October, 2016. When not responding to disaster, BMH organizes and facilitates about 500 volunteers annually. Volunteer teams serve on projects that address substandard housing and promote community. Alicia Sands, the new BHM Executive Director, indicated that he would also be serving with teams coming during July at Camp Symonette, the base of BMH operations.  Allen will serve on home repair projects with these teams but will also have community building opportunities.

Following his domestic and international assignments, Allen will return to the UMVIM, SEJ office for debriefing and evaluation. “The United Methodist Church and its missions have simultaneously served as the anchor and the inspiration forward in my life.  I believe it is our mission to serve in the world with each other, not for each other.”